After more than thirty years, reopens to the public Santa Maria Antiqua, the basilica in the Roman Forum discovered in 1900 near the slopes of the Palatine. The church has on its walls a wealth of unique paintings in the Christian world of the first millennium, dating from the sixth to the ninth century. Closed since 1980 for a complex architectural operation continued with the restoration of the paintings, the church's reopening will accompany the exhibition "Santa Maria Antiqua. Between Rome and Byzantium." 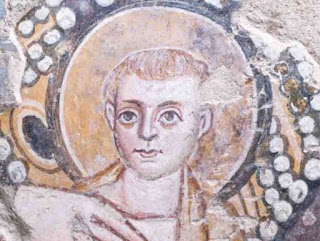 
From Penthouse Apartment Monteverde Rome take tram 8 until the last stop Venezia and then walk for about 500 meters.

Posted by Penthouse Monteverde Rome at 12:40 No comments:

Fun, colorful, social and above all full of delicacies.
From March 18 to 20 in Piazza Mastai, in the heart of the neighborhood, will come the "Most good gourmet food trucks of Italy in Trastevere" event sponsored by Vinòforum and that will draw a selection of the finest cuisine on wheels . The famous "apette", which have become cult vehicles for lovers of street food, make a stop in one of Trastevere 's historic squares to satisfy any palate: from the most rustic and traditional to the finest and greedy chasing news also with menu "gluten free" gluten-free and vegetarian. A tasteful party where it won't be missed the perfect search for combinations of street food and the many wine or craft beer labels, strictly on tap. 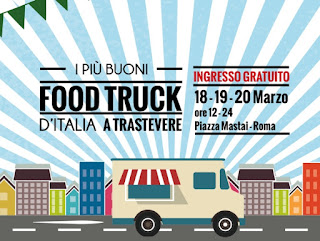 Correggio and Parmigianino exhibition in Rome

From Saturday (until 26 June) the Scuderie del Quirinale will host the exhibition "Correggio and Parmigianino: Art in Parma in the sixteenth century." Through a selection of masterpieces from the most important museums in the world, the exhibition compares the paths of two absolute stars of the Italian Renaissance, Antonio Allegri called Correggio (1489-1534) and Francesco Mazzola called Parmigianino (1503-1540) . Thanks to the formidable talent of these two artists, the city of Parma became the beginning of the sixteenth century, an artistic center able to fully compete with the great Italian art capitals like Rome, Florence and Venice.

The Scuderie del Quirinale (Quirinal Stables, also called Papal Stables) was built over ten years, from 1722 to 1732 . The Scuderie, together with the Palazzo del Quirinale (Quirinal Palace – official residence of the President of the Italian Republic) and the Palazzo della Consulta (Constitutional Court – originally a villa built upon the ruins of the Baths of Constantine and adapted by Sixtus V as a civil and criminal court), make up a stunning urban space. At the center of the spacious piazza between these three buildings stands an obelisk – moved from nearby the Mausoleum of Augustus in the eighteenth century – atop a fountain and the famous statues of the Dioscuri (the two gigantic Roman marble “Horse Tamers”, Castor and Pollux).The Scuderie stands next to the Colonna gardens and on top of the archeological remains of the great Roman Temple of Serapide – some of which are still visible. The building covers approximately 3000 square meters , over several floors. Wide-open spaces on the second and third floors house the exhibitions. A cafeteria is situated on the mezzanine level and a bookstore, a giftshop and special areas dedicated to exhibition-related initiatives are all on the ground floor.Visit the Scuderie del Quirinale: what a view! 180° of beauty from the highest of Rome 's Seven Hills. The great window, designed by Gae Aulenti as part of an overall restoration of the Scuderie del Quirinale, is one of the site's main attractions.From Piazza Venezia's Victor Emanuel Monument (also known as "Vittoriano" or "Altare della Patria") to the many church domes - in the distance you can even see Saint Peter's – and from the rooftops of the city's historic center to the green backdrop of the Gianicolo , Monte Mario and Pincio hills... hundreds of surprises await the visitor as he or she admires the city from on high.

Roma increasingly international standing is strengthened with a touch of French glamor. One of the historical clubs of Paris, the Raspoutine, inaugurated in 1965 on the Champs-Elysees, in rue de Bassano, is about to start "his journey to the world" on Friday 11th March starting right from Rome, a few steps from Piazza del Popolo. Its founder Hèlene Martini was called at the time "the Empress of the Night" and the design, with many little red alcove in Art Nouveau style was realized by Ertè. Among the attendees at that time Serge Gainsbourg, the Agha Khan and Marlene Dietrich. 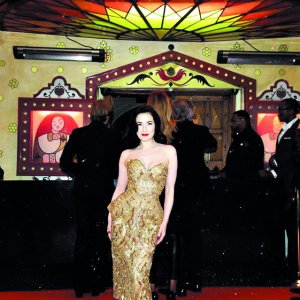 As told by its new owners, the restaurant was re-opened in Paris in 2010, Ghislain Evraert, Logan May and Benjamin Cassan: "L'esprit, the spirit of the Raspoutine, is to travel through collaborations with the most famous clubs in the world, from London to New York. and as the first leg of our journey could only choose Rome. Over the past five years we have rejected many proposals because for us the Raspoutine has to collect in one place elegance and quality music". And this place has been identified in the capital with Palazzo Dama, new hotel opened on Lungotevere Arnaldo da Brescia, which already houses the restaurant L'Autre Dame, and on Friday will host, in the night club downstairs, the Raspoutine Rome.

In an increasingly cosmopolitan city, with the forthcoming opening of the Japanese restaurant but also cocktail bar Zuma at Palazzo Fendi (March 10 inaugurated the Palace and early April Zuma), and in front of the lantern, designed by Fuksas hosting exclusive parties and the most famous DJs in the world (from Sven Vath to David Guetta) who play regularly at Goa and at the Warehouse, lacked a cabaret club "membership only" with international DJs who will offer a eclectro Ibiza style sound. "As in Paris Raspoutine Rome - says Logan May - welcome international guests from time to time. The stage of Paris has hosted various performances, such as the sight of Dita Von Teese in November on the occasion of our 50th annniversario". The idea of ​​opening in Rome was born from the encounter of Antonio Girardi, architect who care Palace Dama, with three French. Girardi then made the club as a "brothel Twenties" (with velvet and red carpet). "We realized we share the same vision of a small exclusive meeting place, thus was born Raspoutine Rome," he says
Girardi.

In the clubs of Paris, frequented by Karl Lagerfeld, Kanye West and many others, there was in January also Leonardo DiCaprio after the premiere of "Revenant", for which he won the Academy Award. The French club DJs ranging from Luciano to Moyo Brothers. The inauguration of the Raspoutine Rome includes two nights, Friday 11 and Saturday 12 March for about 500 guests. DJs will be Lorenzo Rumi and the resident of the local French Fabrice Dayan.
Posted by Penthouse Monteverde Rome at 19:04 No comments:

The scolarina, the Manes in the wind and Pasture in Maremma by Giovanni Fattori, The visit to Villa and Gardens in Piagentina by Silvestro Lega, The Rio at Riomaggiore, the Pascoli a Castiglioncello and the Return from the Capital by Telemaco Signorini are just some of the works of art of the Macchiaioli ready to invade the halls of the Cloister of Bramante in Rome. The exhibition, I Macchiaioli. The collection will open its doors on March 16, fifty years after the great exhibition at the National Modern Art Gallery dedicated to the masters of the macchie (literally "spots"). The style of these artists comes from the method of coloring "the first" and "real" (learned from Giorgione and Titian) and resulted in the work of a group of painters and intellectuals deeply involved in the reality of the second half of the nineteenth: the stain or spot is loaded with new meanings and became a tool for expressing moral tensions, civil and social. 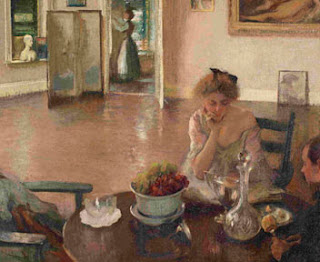 Posted by Penthouse Monteverde Rome at 16:04 No comments: