150 years after the opening of the first store in Milan and 100 years after its birth with the name coined by Gabriele D'Annunzio in 1917, La Rinascente loses a piece of its name by eliminating 'La', but gains a new position in the luxury segment, opening in the capital its second space, in Via del Tritone, dedicated to the major clothing brands, design, jewelery and cosmetics. For Rinascente it is the second flagship store in Rome, to be added to that of Fiume Square. For Rinascente it is one of the largest stores: 15 thousand square meters.
"We are proud to open this department store in Rome - announces the CEO of Rinascente Pierluigi Cocchini - a palace which in the last 11 years underwent a complex work of renovation. The result is perfect harmony with the context that hosts it. We added value to the historical-cultural richness of the space. An element which is extraordinay is the possibility to visit the archaeological site in the basement which brings to light one of the treasures of Ancient Rome: the Virgin Aqueduct inaugurated by Augusto in the 19 century b.C.“ 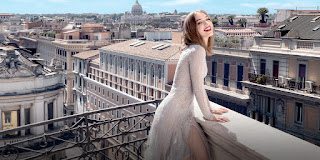 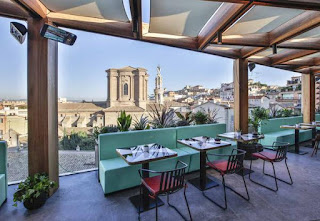 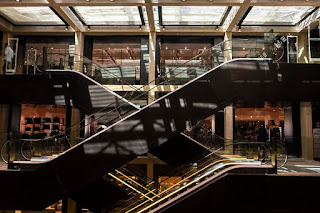 The store also incorporates a small building built in early XX century called 'Palazzetto' which on several floors becomes part of the architecture. Another distinctive element is the chariot that crosses all the floors in height by allowing the light to spread. Found and preserved also a domus of the IV century, mosaics, spa and a stretch of Salaria Street, the street where the salt was carried.
The façade on Tritone Street includes 96 windows and seven showcases. It was  redesigned by Vincent Van Duysen. On the ground floor are housed design objects, luxury accessories, jewelery and watches. On the first floor there is the perfumery. Second and third floors designed by the architect Paolo Lucchetta are dedicated to male collections. Fourth and fifth are for female lines. On the sixth floor two terraces are for the food and its restaurants.

Posted by Penthouse Monteverde Rome at 13:20 No comments: