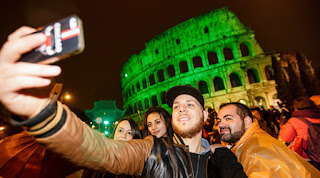 St Patrick’s Day in Rome begins officially on Friday 17 March at 10.00, with the annual Mass for Lá Fhéile Pádraig being celebrated by Cardinal Seán Brady at St Patrick’s Church on Via Boncompagni 31 in the Via Veneto area. The Mass is always well-attended by the city’s Irish community and friends of Ireland, who join together to sing a nostalgic rendition of Hail Glorious, St Patrick.

Later that evening, at 19.30, the students of the Pontifical Irish College present an adaptation of Reginald Rose’s classic courtroom drama Twelve Angry Men. The English-language production is repeated the next evening, 18 March, at the same time.

This year the Colosseum will be illuminated in green lights in honour of Saint Patrick, at 21.00 on 17 March, following a recent agreement between Rome’s mayor Virginia Raggi and Ireland’s ambassador Bobby McDonagh, as part of Tourism Ireland’s internationalGlobal Greening initiative.

St Patrick’s Day festivities continue over the weekend with the 26th edition of the Celtic Ball– Rome’s biggest social occasion in Irish circles – on Saturday 18 March at 19.00. This year the annual black-tie ball moves to the Hotel Quirinale on Via Nazionale, providing the event with an “atmosphere of elegance and charm” according to Irish Club president Helen Harrington. Celtic Ball raffle proceeds will be donated to homeless charity Project Rome.

Meanwhile for those who wish to raise a toast to St Patrick with a pint of Guinness, some of the pubs most favoured by the capital’s Irish expats include the Druid’s Den, the Fiddler’s Elbow, Finnegan’s, and Scholars Lounge, all of which are sure to attract large crowds over St Patrick’s weekend.

Read more »
Posted by Penthouse Monteverde Rome at 12:49 No comments: 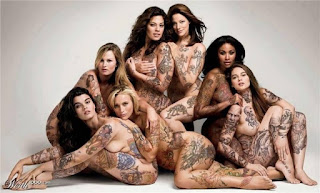 Read more »
Posted by Penthouse Monteverde Rome at 11:49 No comments: