Greta Thunberg, the teenage Swedish activist at the head of a worldwide youth movement against climate change, will lead a rally in Rome on Friday, April 19th.

Thunberg, 16, will address demonstrators in Piazza del Popolo, the central square where Italian activists have been gathering for weekly 'Fridays for Future' rallies.
The movement has spread to thousands of cities around the world since Thunberg first began camping out next to the Swedish parliament in Stockholm with a hand-written sign: "School strike for climate".

"We hope that politics understands that the time has come to listen to scientists who abroad and in Italy remind us that there is no time to lose," said Fridays for Future Roma, the association of young activists that is organizing Thunberg's visit.
Nearly 1,500 people have promised via Facebook to attend the event, which is expected to be the biggest of its kind in Italy since students all over the country joined a global school walk-out one month ago. 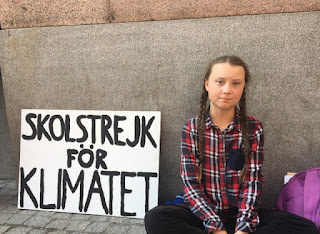 The organizers seeking donations to install a carbon-neutral sound system in the square for the occasion, with electricity generated by volunteers pedalling bicycles attached to dynamos.
Thunberg has also been invited to speak at the Italian Senate the day before the rally, as part of a debate on climate change called by the speaker of the upper house, Elisabetta Casellati.
The teenager has addressed the United Nations and been nominated for the Nobel Peace Prize for her efforts to urge coordinated action on global warming. 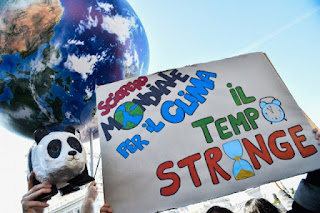